Local attractions near The Lookout 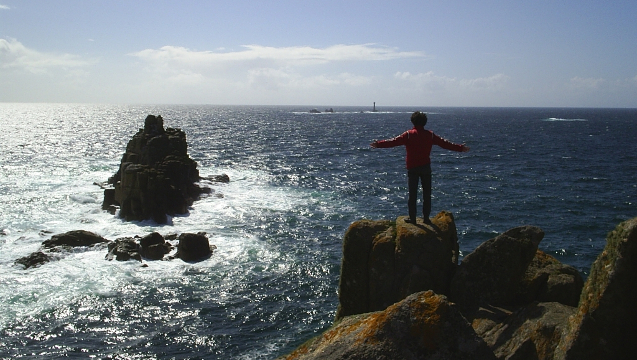 The Minack Theatre is an open-air theatre, constructed above a gully with a rocky granite outcrop jutting into the sea (minack from Cornish meynek means a stony or rocky place). The theatre is located near Porthcurno, 4 miles from Land's End in Cornwall, United Kingdom.
www.minack.com

Porthcurno was the biggest telegraph station in the world. A nationally important site and an award winning museum that is family friendly and in a fantastic location.
www.porthcurno.org.uk

Land's End (Cornish name: Pedn an Wlas) is a headland and small settlement in west Cornwall, United Kingdom. It is located on the Penwith peninsula approximately eight miles (13 km) west-southwest of Penzance. Lands end is in the extreme south-westerly point of the British mainland, and the extreme westerly point of the mainland of England.
www.landsend-landmark.co.uk

Explore the amazing Island world of St Michael's Mount and discover legend, myth and over a thousand years of incredible history. Follow the footsteps of pilgrims or boat hop to an evocative castle.
www.stmichaelsmount.co.uk

Trengwainton is a garden in the ownership of the National Trust and situated in Madron, near Penzance, Cornwall, UK. The garden is noted for its collection of exotic trees and shrubs. It offers views over Mount's Bay and the The Lizard.
www.nationaltrust.org.uk/main/w-trengwaintongarden